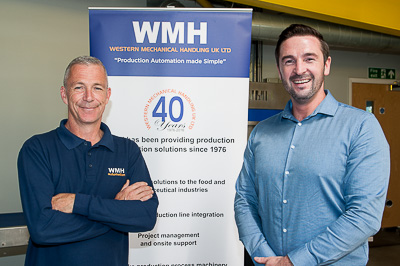 WMH is pleased to announce the internal appointment of two members of staff into their sales team.

Ian Ewing has taken on the role of Systems Sales Engineer and will be responsible for development of WMH's core business areas which include loading and unloading traveling ovens, Spiral cooler loading and unloading, Grilling, depositing and Ultrasonic cutting.  Ian has been with WMH since 2014, most recently in a Project Management role where he has built good working relationships with a number of key accounts.

Ross Coombe has taken on the role of Key Account Manager for one of WMH's major clients.  Ross is a graduate design engineer who completed his studies with WMH in 2016. In addition, Ross will also be tasked with building solid relationships with other key accounts.

"This is the first time we have recruited internally for these roles and hope the client knowledge already built up in their previous roles with be a big advantage to both Ian and Ross in securing new business in the future" Said Tom Tomlinson, Director. 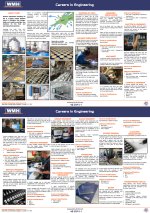 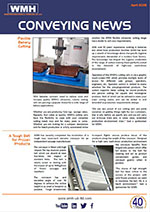 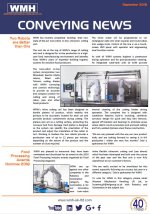